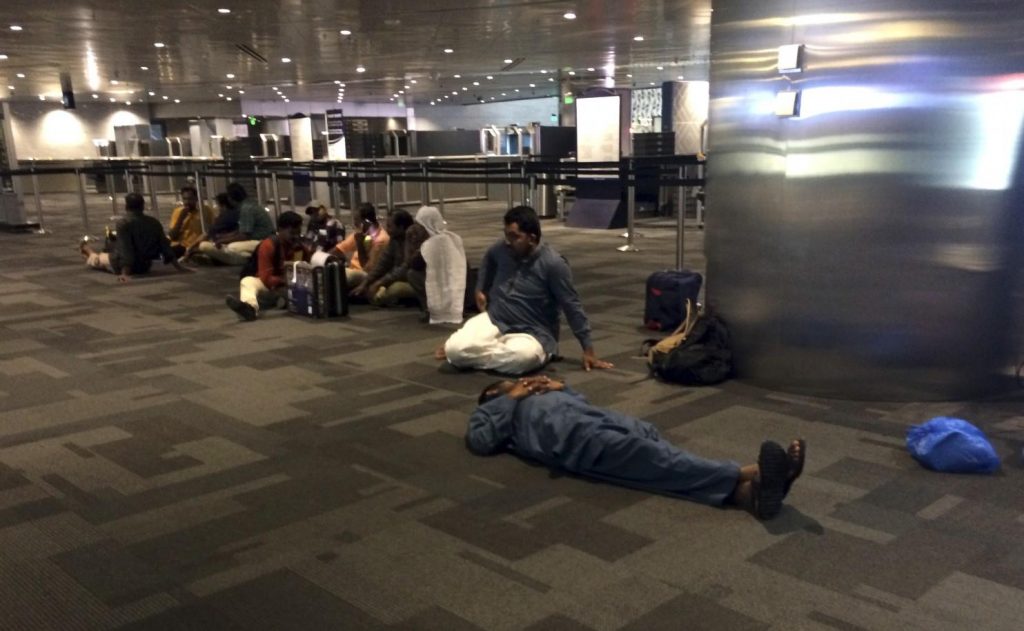 This past Monday, many Arabs countries interrupt their relations with Qatar. The emirate is facing of lot of laxness suspicious regularly in the fight against the financing of terrorism.

It’s a kind of little music who’s coming back regularly, the one of an Emirate who’s accused to be too soft about the financing of the terrorism. Accusations that Qatar refused many times but this time, Saudi Arabia and its allies (Yemen, Egypt, Saudi Arabia, United Arab Emirates, Bahrain, Libya’s eastern-based government and the Maldives) have cut all diplomatic and other ties with Qatar.

Since their grow-up in power in the 1990’s, in the international and regional scene, this rich Emirate had encouraged some Islamist movements, in a direct or indirect way many times, in the countries where the Arab Spring took place.

Qatar is considered as one of the principal financing actor of the Muslims Brothers in Egypt and to others close groups of this brotherhood in the neighbor countries (in Syria, Libya and Tunisia particularly).

Qatar had encouraged too the ex-Egyptian president Mohamed Morsi, issued from the Muslims Brothers and qualified as a takeover.

Qatar is regularly suspected of laxness in the fight against the financing by private funds of “terrorist” organizations.

Since then (Monday), many countries cut everything with Qatar, the flights from Qatar are cancelled in the countries mentioned before and all the Qataris ambassadors have the obligation to leave the country within two days.

The Qatari Airways offices are closed too in the countries concerned. BeIn Sport, the sport channel of Qatar is blocked in the United Arab Emirates.

From an economic perspective, Qatar is losing too; the aluminum exports from Qatar are blocked by the United Arab Emirates, according to Norway’s Norsk Hydro.

Donald Trump tweeted on Qatar twice; “During my recent trip to the Middle East I stated that there can no longer be funding of Radical Ideology. Leaders pointed to Qatar – look!” and the second time; “So good to see the Saudi Arabia visit with the King and 50 countries already paying off. They said they would take a hard line on funding extremism, and all reference was pointing to Qatar. Perhaps this will be the beginning of the end to the horror of terrorism!”

The United States of America are originally an ally of the rich Emirates but now it seems that this relation can change of Qatar shows once again laxness about their accusations.

On the other hand, Israel praises the anti-Qatar moves; according to Avigdor Lieberman, the Israel’s defence minister said that “there is no doubt that this opens very many possibilities of cooperation in the struggle against terror”

For the moment, only the Qatar’s foreign minister gave an interview, saying that “The strategic choice of the state of Qatar is to solve any dispute through dialogue”. He also said that “Regarding the reasons for this escalation, honestly,we don’t know if there were real reasons for this crisis.

For the moment, they are denying every accusation. It will be interesting to see how this diplomatic crisis will end.