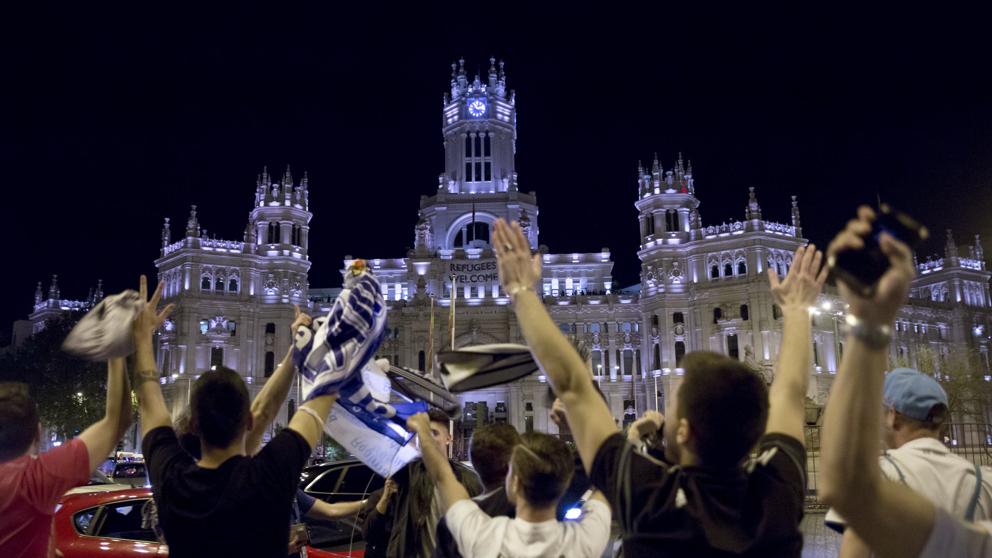 Football is like religion to Spanish people. This is what I heard before I came to Spain. My fanatical soccer friends told me that I would not be welcome back in Finland if I didn’t go to see at least one match during my six months of Erasmus in Madrid. Despite this, having only one month left here in Madrid, I haven’t even seen the Santiago Bernabéu Stadium from outside. To be honest, I had imagined experiencing other things than soccer during my stay. However, it doesn’t mean that I haven’t been living in the middle of football culture during past five months.

Spain has amazing history of football. In the FIFA World ranking it is consistently in the top ten. Every city of Spain has a soccer team and pitch. Real Madrid is one of the most successful teams in the history of the world. Even my exchange university, Universidad Europea, has ties with this globally-famous club. For me, I could compare this fanatical madness to ice hockey in Finland. To Finnish fans, ice hockey is somewhere along the lines to being a religion, and the players are worshipped like gods.

The number seven, Cristiano Ronaldo, is the player that everyone knows – even I did beforehand. He is one of the most famous people on Earth. Actually he was the only mental image I had about Real Madrid. He has scored the most goals for Real Madrid CF; he has the most goals in the UEFA Champions League; he is the most liked male in Facebook. He is everywhere. I was told that if you live in Madrid for seven years, you will come across him at least once. For me it took four months but it was not an accident. I saw this adored superstar in Plaza de Cibeles when Real Madrid won La Liga.

I have never seen that big a celebration. The most insane thing was that it wasn’t even the highest award that Real Madrid could win. Yet still, Cibeles was full. I couldn’t believe that all of that staging was built there even though Real Madrid weren’t guaranteed to win the league that day. The majority of the people had team shirts on. People were singing, dancing and cheering loudly. I also experienced a touch of football hooliganism: small fights, fireworks and the riot police.  That was the part that I didn’t like.

What I love in Spanish football is the passion and belief. No one ever questions the winning. If the team loses, it is deeply shocking. If the team wins, it is the best thing ever. Emotions run high. I went to a local market to watch Real Madrid contest the Champions League final against Juventus. Even though the actual game is not that interesting for me, that atmosphere of the place was something I’ve never seen. A strong, loud community was watching some people running around on some grass chasing a round thing on a projector screen. Amazing. The atmosphere was tangible. I adored it. And when Real Madrid predictably won, the streets went crazy. Cibeles became even more insane this time.

My Erasmus journey in Madrid didn’t yet change my mind about the game itself. I still don’t find soccer that interesting in itself. What I am definitely going to miss is the culture and the passion that Spanish people openly show towards this popular game. I’ll never forget how they celebrate! In Finland we watch ice hockey silently, drink beer, and swim in the fountains if our team wins. For us it is still not a religion. I wish it were.