Manfred Weber failing to keep his party in order. 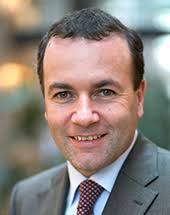 Manfred Weber is the German Chair for the European People’s Party (Christian Democrats), for the upcoming elections in May. Weber has the support of the German Chancellor Angela Merkel and he has currently beat out his rival Alexander Stubb to become Chair of his party.

Weber, has links to the Munich Higher Technical Institute where he studied engineering and in his past in did not seem like politics was set to be in his future. But upon founding his own consultants’ firm after graduating in 1996, he later went on to become a member of theBavarian Parliament in 2004.

Weber is Pro-EU and did not agree with the decision for Britain to leave the EU.  He is also a Christian Politician and as a result he will always bring his ideology back to religious values.

Now, Weber faces contention in his party, mostly from that of the Hungarian leader, Viktor Orban and his Fidesz Party after they have been consistent in their ideas to lead an anti-EU campaign.  This is a great threat to the leader of the PP as it means that he may not be as in control as he appears. His policies for a better Europe include; the creation of new jobs, an increased level of security to control external borders, the increase of the digital innovation of Europe, democracy, and the defence of the “traditional” European values.

But let´s hope he can keep his party in control long enough to see the promises he has made come to fruition.