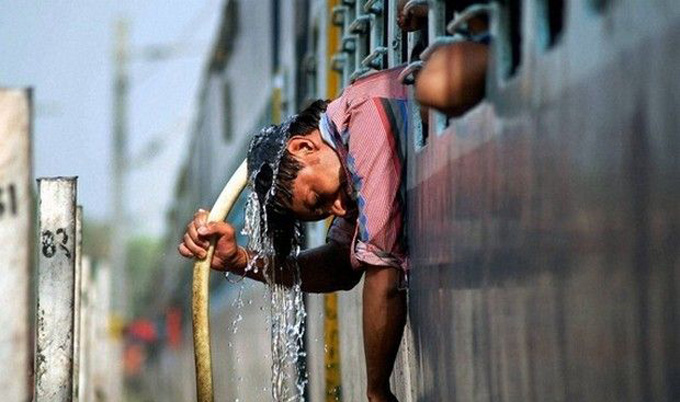 More than 500 people died India by a heat wave that started last Wednesday, with temperatures that reached 48 ºC. The most affected regions are Andhra Pradesh y  Telangana, in the Southeast of the country. The situation could go worse because the experts predict that the high temperatures will last at least another week.

The director of the metheoretical center of Hyderabad, shared capitol of the two mentioned states, has explained in the Hindustan Timesque local diary that the heat wave is cause of the confluence of ‘dry air’ of Northwest and a low barometric pressure from the East.

During the last week, the thermometers have increased in all over India, specifically in an area that crosses the country from Northwest to East, where temperatures over 40ºC have been registered.

As the same situation of Nepal’s earthquacke -with the epicenter in indian territory- the disaster magnifies because of extreme poberty and inadecuated infraestructures.

The firsts government’s reports point out that the majority of deaths until now were por workers or people with no access to wáter nor shelter.

“The most part of the victims are people who have been exposed directly to the Sun, generally workclass citizensof 50 years or more”, noted P Tulsi Rani, special comisionary of disasters arrangement department of Andhra Pradesh, “We request you to take precautions like using an umbrella or a cap, driking great amount of liquid and wearing cotton clothes”.