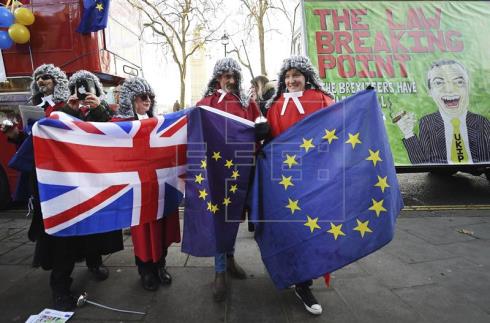 The Supreme Court of the United Kingdom ruled this Thursday that the British government cannot activate Article 50 of the Lisbon Treaty to start the process of leaving the European Union, known as “Brexit”, without having it passed through Parliament.

By eight justices to three, the magistrates ruled that Parliament must give permission in order for the formal process to begin, after the British people voted to leave the European Union by way of referendum on 23 June.

The ruling of the Supreme Court prevents the activation of Article 50 that would initiate negotiations with the European Union over the exit of the United Kingdom within two years. The Prime Minister had argued so far that it was not necessary for the members of Parliament to pass it through, as the public had already decided. Moreover, Parliament is tasked, by way of a mandate, to act on behalf of the public. As such it should not be necessary for them to pass it through Parliament, as the public had already decided in the form of a majority vote to leave. Theresa May projected to start the formal exit process before the end of March, which will now not be possible.

The government claimed its right to use the royal prerogative- which allows the executive to take certain decisions on behalf of the crown without consulting the Parliament- to activate the Article 50 of the Lisbon Treaty. However, a number of citizens led by City Executive Gina Miller, as well as the Scottish Self-Government, argued that the negotiation of Brexit requires the acceptance of Parliament, since an EU exit will remove British rights that have been guaranteed by the Parliament itself. This has been supported by the Supreme Court, which recognises by its ruling, the validity of the royal prerogative but warns that it cannot be used to change or modify laws, something for which only the Parliament is sovereign.

Therefore, the Parliament has the power to make decisions and could ultimately say “No” to the exit of the UK from the European Union. However, citizens voted by way of a referendum and decided by a majority vote, of 52% compared to 48%, that they wanted to leave the European Union. There is a contradiction between Parliament and society as citizens decided to exit by referendum, and members of Parliament are elected by the citizens, therefore it seems undemocratic that representatives could change laws and change the decision made in a referendum by the citizens. It would be moral and ethical to accept what society decided as it uses a democratic model, where sovereignty resides with the citizens and to go against this is, to go against the vote of the people does not follow the model used.

A particular society is democratic to the extent that it achieves the goal of people power, of rule by the people. A society is democratic not just because it possesses certain institutions (e.g. free elections); it is democratic because those institutions or procedures go some way towards making a reality of the aspiration towards self-rule or autonomy. The goal is to achieve a situation in which people are ruled by decisions that they themselves as citizens have taken, whether directly or through the mediation of their representatives. Therefore, a logical decision would be to follow the decision of the public in the referendum, since elections are used to reflect the intentions or way of thinking of citizens, otherwise the act of voting and the democratic model would be redundant.

An example of a democratic model can be seen in the recent presidential election; in the United States the president Donald Trump has been elected by the citizens in the form of the Electoral College.

Despite the decision the Supreme Court made, the Prime Minister relied on a majority support for Brexit in the European Parliament, according to the “mandate” of the British citizens, who chose in favour of an exit by 52% to 48%.