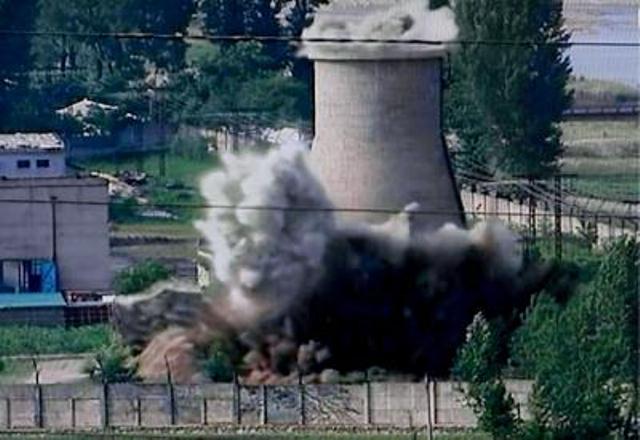 In our time, nine countries possess around 15,000 nuclear weapons, according to the International Campaign to Abolish Nuclear Weapons. The United States and Russia maintain approximately 1,800 of their nuclear weapons on high-alert status, which means, ready to be launched within minutes of a warning, but there are another countries with nuclear programs.

United Kingdom, France, China, India, Pakistan, Israel -has a policy of ambiguity in relation to its nuclear arsenal, neither confirming nor denying its existence- and North Korea. This last one has fired a ballistic missile that flew 700km days after that a new leader in Seoul committed to have a dialogue with Pyongyang.

North Korea’s missile arsenal has progressed over the decades from World War II designs, to medium-range missiles able to achieve objects in the Pacific Ocean.

Kim Jong-un, the supreme leader of NK, carried out its first successful nuclear test in 2006, while its nuclear programme started with the construction of its first nuclear reactor in Yongbyon back in 1965.

In addition, this isn´t the only threat launched by the president of North Korea, as security researches have reported a possible relation between this country and the massive cyber-attack which has affected at least 150 countries around the world.

Nowadays the world don’t know who make the biggest cyberattack in years. This cyberattack, WannaCry has effected more than 150 countries. A British computer scientist was who save the world of this ransomware. Now the most important thing is look for the person or the group that are the responsible of this attack. The New York Times has published; In Computer Attacks, Clues Point to Frequent Culprit: North Korea. Intelligence officials and private security experts say that new digital clues point to North Korean-linked hackers as likely suspects in the sweeping ransomware attacks that have crippled computer systems around the world.“At this time, all we have is a temporal link,” said Eric Chien, an investigator at Symantec who was among the first to identify the Stuxnet worm. This clues are not 100% real because hackers often plant “false flags” in their code to throw off forensic investigators.