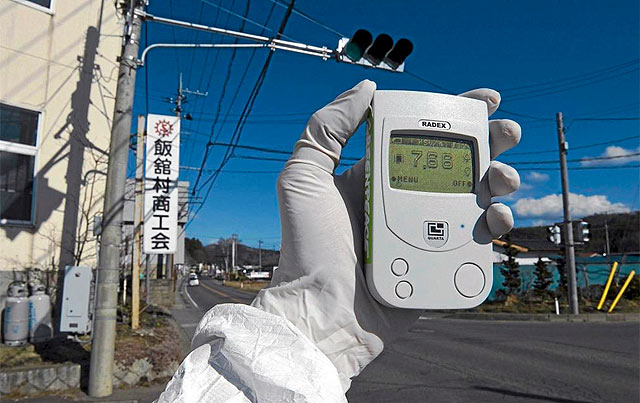 The Japanese government dismissed the proposal of IAEA on thursday about thickening the area of evacuation near the damaged nuclear plant on thursday. The radiation can be measured on the whole territory of China, but it’s level is very low and it isn’t dangerous for people’s health due to the goverment at Peking.

Other sources claim that the radiation levels in the sea are 4000 times bigger the tolerable limit. Meanwhile some agreements are made with Russian-Mongolian corporation specialised in exploring the new uranium fields in Mongolia. Their goal is to mine annual 2000 tons of nuclear fuel in the near future.

The Chinese department of preserving natural enviroment announced that they detected the increased radiation all the country’s southern and northern, highly populated areas. Even in Peking they could measure iodine isotopes of number 131, 137 and 134 and some cesium isotopes as well. But the amount of radiation is only 1/1000 part of what we must endure on a 2000 km long flight. They also claimed that even in the closest chinese cities to Fukushima no extra arrangements are needed. Last week China made an embargo against the import of fruits, vegetables, milk and sea products from Japanese provinces near the emissing power plant.

The Japanese government evacuated their people in 20 – 30 km radius of the plant. IAEA advised them to evacuate Iitate as well, which is a small town of 6000 inhabitants 40 kilometers far from Fukushima. It isn’t necessary even after the lately increased radiation levels, said Edano Jukio, spokesman of the government. Evacuation are made in 20 km radius, people who live between 20 and 30 kilometers can decide to move or not. Small amounts of radioactive iodine can be detected in Europe as well, said Attila Aszódi, chief of the Institute of Nuclear Technology of the University of Technology Budapest, Hungary. He added that this has no consequence in national radioactive protection or in public healthcare operations.

The radioactive iodine molecules in fact are so rare in the air that they can be detected only with the most sensitives scientific measurement devices. These devices are so precise that they can show the changes of concentration when at a nearby hospital someone opens a bottle of iodine for medical testing.

But recently percieved samples are very homogeneous and came from very far, so it’s highly likely that they origin from Fukusima. But there are nothing to worry about: only long time measurements can catch one or two atoms, so they won’t cause any medical problems to no one on the Eurasian continent.