Latest News  |  Actualidad  |  América del Norte  |  Topics  |  The world I want my daughters to grow up in. By Barack Obama

The world I want my daughters to grow up in. By Barack Obama 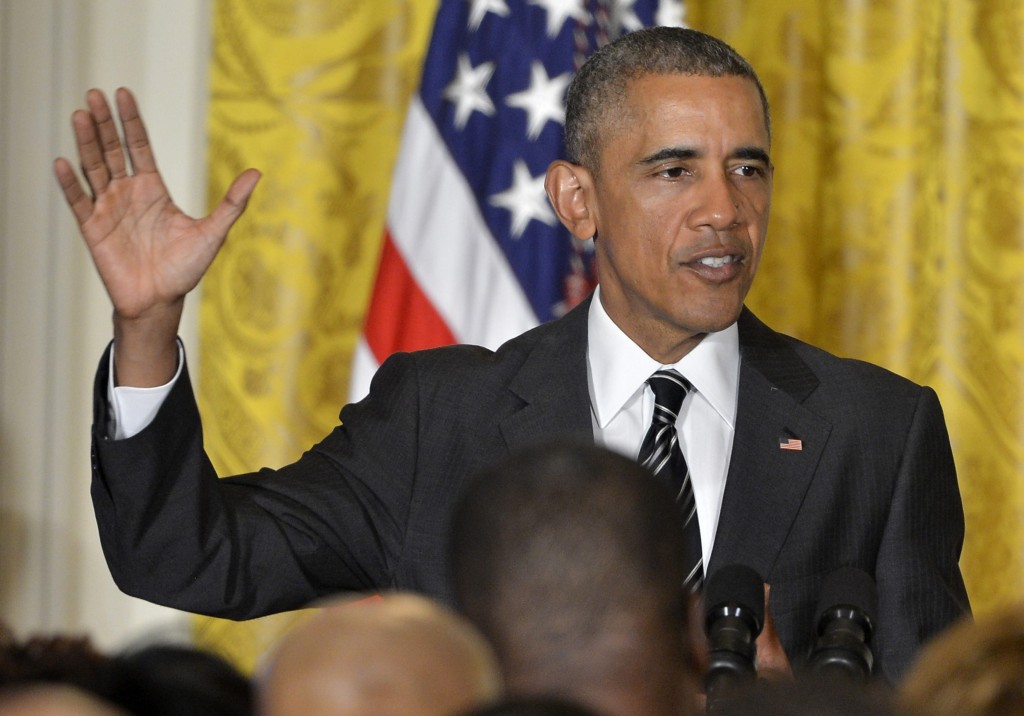 One of America’s greatest strengths right now is the fact that our young generation—the millennials—is also the biggest, most educated, most diverse and most digitally fluent generation in our history. And one thing my daughters have taught me about their generation is that they’re not going to wait for anyone else to build a better world; they’re just going to go ahead and create that world for themselves.

We can create the circumstances that give them every chance to do that, of course—to make sure they can grow up free from debt and free to make their own choices in a world that’s not beyond their capacity to repair. That’s why my administration has reduced student loan payments to 10% of a borrower’s income, so that young people who choose college aren’t punished for that choice. We’ve reformed our health-care system so that when young people change jobs, go back to school, chase that new idea or start a family of their own, they’ll still have coverage. We led nearly 200 nations to the most ambitious agreement in history to combat climate change.

But my daughters’ generation knew long before Paris that protecting the one planet we’ve got isn’t something that’s up for debate. They knew long before the Supreme Court ruled for marriage equality last June that all love is created equal. They don’t see each of us first and foremost as black or white, Asian or Latino, gay or straight, immigrant or native-born. They view our diversity as a great gift.

In many ways, their generation is already pushing the rest of us toward change.

So for the sake of our future, one thing we have to do, maybe even above all others, is to make sure they grow up knowing that their voices matter, that they have agency in our democracy.

Those of us in positions of power have to set an example with the way we treat each other—not by viewing those who disagree with us as unpatriotic or motivated by malice, but with a willingness to compromise. We have to listen to those with whom we don’t agree.We have to reduce the corrosive influence of money in our politics that makes people feel like the system is rigged. We have to make voting easier, not harder, and modernize it for the way we live now. And we have to encourage our young people to stay active in our public life so that it reflects the goodness and decency and fundamental optimism that they exhibit every day.

The world we want for our kids—one with opportunity and security for our families; one with rising standards of living and a sustainable, peaceful planet; one that’s innovative and inclusive, bold and big-hearted—it’s entirely within our reach. The only constraints on America’s future are the ones we impose on ourselves. That’s always been the case with America—our destiny isn’t decided for us, but by us. And as long as we give our young people every tool and every chance to decide the future for themselves, I have incredible faith in the choices they’ll make.

Barack Obama is the 44th President of the United States.