The European Crisis for Independence 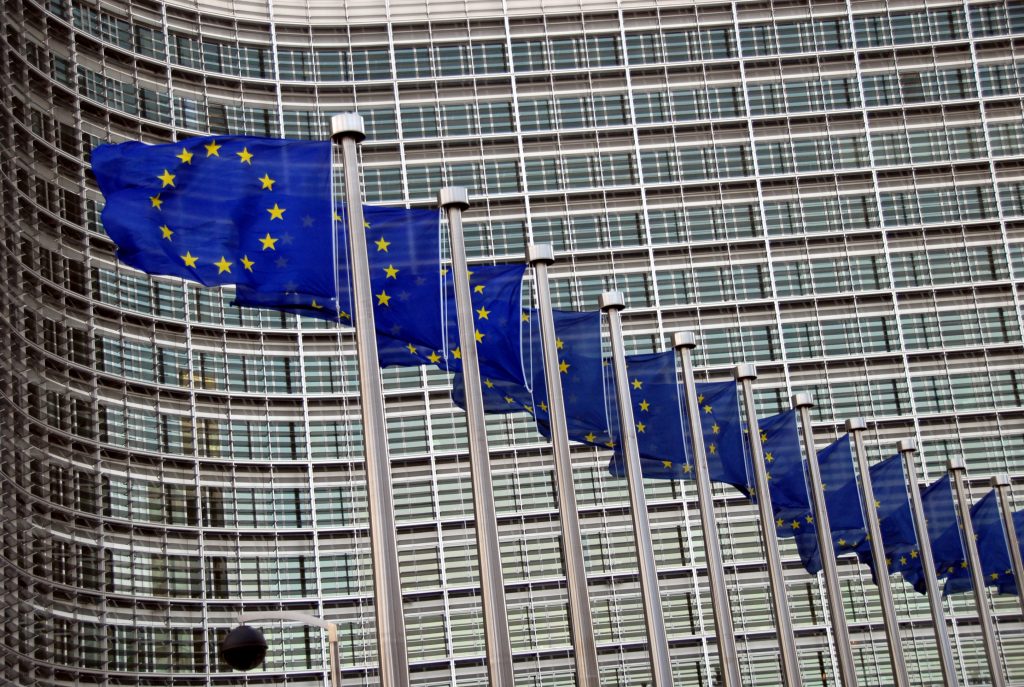 Can Europe detached itself from the idea of unity?

The European Union is considered as the most important international organization in Europe. Conformed by 28 European nations: like the UK, Germany, France, Spain Italy, Poland, Romania, Ireland, etc. This international union integrates most of the European community in one powerful institution. It started with the dream of Robert Schumann of Europe “unified” with the purpose of making peace between France and Germany.

Going back in time when the European Union was originating itself as an organization, the idea of union came as a prototype of the United States like is depicted by Vox: but the US is a country with one purpose, an one sovereign, the EU isn’t. The European Union was formerly created as an effect of nationalism in Europe. That purpose is long gone; the Europe of today is linked with independent groups surging from the ashes. European regions like Catalonia, Scotland, Corsica, Flanders and Padania have had similar revolutionary thoughts about independence like is said in the Detsche Welle, regions across Europe have found a sense for independence. The future of the continent relies on the ability of the institution to remember their original purpose of unity rather than on monetary means.

The political and cultural phenomenon of independence is due mostly because these European regions are seeking recognition and an identity departure from the country they once were part of. It is also a way, for certain regions to establish an economical freedom, separated from the country they come from. For example, in the case of Catalonia, the region is searching for liberation from the Spanish misbalances in the past. In a continent were the past has driven their aims for survival, the European Union must reestablish their “union” and “integration” as nations. The institution has to encounter the core of their problematic union so “they” as an organization confront their conflictive ties and bureaucracies that hit the EU stronger than ever before. Even thought the Catalonian independence is way more complex for the Spanish people than to the international community: the image that profuse the incident as said in France24, regards democracy and the limits of the state towards the peoples needs for autonomy. Then again, Spain has one of the most decentralized governments in Europe, giving an interesting outlook over the Catalonian liberation. Thus, the conflict resides more on the regionalism and the historical wounds from the Franco years of Spain from one region to another, rather than anything else. Still, like Nicola Srurgeon prime minister of Scotland wrote on twitter on the conflict back in 2017, “Some of the scenes in Catalonia this morning are quite shocking and surely unnecessary. Just let people vote”. Consequently, the result of violence in Catalonia may turn into a domino effect in the EU regions. As a result it will illuminate other regions to the liberation from the state for the sake of democracy and the people.

Economical and political policies have inflicted a series of monetary misbalances to the European community, but also, have granted the European nations a “type” of Economical stability. By contrast, particularly for the poorer members of the European Union, the common currency didn’t save them completely from an economical crisis. Especially countries like Greece, Spain, Italy, etc. Furthermore, the case for Greece, like is explained by Vox, has shown how the Euro high cost has inflicted more unemployment because there is less printed money causing an economical crisis to the poorer nations from the EU: nations like Spain, Greece, Ireland and Portugal have weaker economies that Germany, the UK and France. This economical disparity between nations could be easily fixed, if the EU was a country with one sovereign for all. However, this is not the case.

The European Union challenging policies are a major threat to a possible economical crisis, because not all nations are willing to give more money to save other poor countries from an economical crisis: for example Germany and Greece. Like is expose in Vox, this happens mainly because the EU integration is limited, and nations are not integrated to a union like in a country were the poorer regions get more money from the richer ones in order to get balance: in the European Union the nations have their own interests. All of these issues in the European Union expose how the organization does not have a very close union on economical and cultural matters, when the Greek crisis was at its peak the German Government decided to save the Greek economy for the sake of “Union”: Europe as an organization is more symbolic than anything else. The whole idea of Europe united, lacked the point that all nations would want to protect their own sovereign and interest’s at any time.

In an institution where monetary polices are shared by all nations and fiscal polices differ by country like in the EU, the chances of an economical decline are higher. The German government could help Greece, Spain, Portugal, Ireland and others in their economical crisis, in order to save the European Union from breaking, but the real issue concerns the cultural distinctions from the members of the EU. The German system like is exposed by Bloomberg, are tremendously conscientious on themes like tax pay, inflation, spending, fiscal polices, and migration, in contrast to the Greek (and other EU members) system which is beyond fragile. Nonetheless, the economical implications the euro mean for these nations are sometimes too much for the system in countries like Greece because the currency may save some nations or may drown others to the ground.

The beginning of the European Union, originates after WWII when different nations decided to create an institution that will protect the European community, and also to prevent a possible catastrophe on the continent. (On the matter of war, economy, etc.) As it is written on the British Encyclopedia It started as a deal between Germany and France with six other nations over the topic of steel and coal in Europe: a way for sharing their resources. Later on, this treaty became into something bigger with the help of the Maastricht treaty: creating the European Union like is known today.

In the XXI century world, Europe has suffered from an identity crisis. As the BBC said back in 2016, the increase of nationalistic far right groups likes Le Penn in France, the AfD in Germany, the FPOe in Austria, etc. This ideological and political phenomenon has stoked the western continent after the migrant crisis. Schuman’s dream of Europe is only a dream in the political context of today. The European Union is destined to reinvent their internal policies on the subject of the common currency, the sovereign of the members of the EU, the Schengen treaty, and more.

In the past, the UK had a hard entrance to the institution; the prime minister of France at the time did not want the British to be part of the EU in the first place. This demonstrates the importance of history to the identify of the British people,     But, taking aside the policies and historical differences, many British settlers currently feel worried about all the traffic of people from other EU countries. As Vox said on an interactive video on the topic of Brexit, it is easier for other Eastern Europe migrants to enter the British market: because of the language. The rise of immigration on the UK has lead to social differences with settlers and migrants. It is possible that the effect of Brexit, Catalonia, and other European calamity’s have sparked a lot of fear to the European institution. As The Independent mentioned back in 2016, Brexit effect could make other EU members reconsidered their position on the EU: they might consider if they should stay in the EU or not.

The European Crisis stoked the European community to their bones. As nations across the European Union broke their manifestos and treaties (like the Maastricht treaty and the Schumann declaration) faster than ever before in the history of the world, especially in times of humanitarian crisis. ¿How can the European nations, found their position on migration and human rights? Some nations on the organization have follow their policies regarding their sovereign. Eastern countries on the EU have shown how their opinions as a country on the subject of immigration are developing a paradox on the subject of immigration and a “free Europe”. Nonetheless, the rise of Brexit opens new question to the political panorama of the EU. The UK is willing to leave the long race of the EU for unity, because of social and cultural means linked with conservative tides, but beyond their reasons comes the pressure from the world and the EU. After the migrant’s crisis in Europe, many issues concerning the role of the EU as a humanitarian savior have left the institution bared: ¿is the role of the UK and some EU nations the same toward immigration? Certain countries in the EU tried to close their borders, others to redirect the pass of migrants to other more liberal nations, the crisis left Europe’s image wounded forever.