Saudi Arabian monopolized economy is about to have a major overhaul 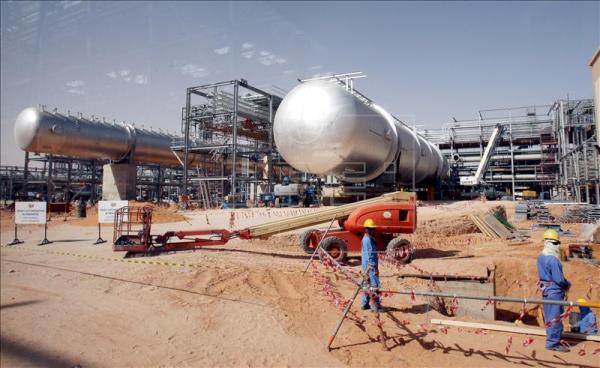 The oil industry is what stands out the most in the identity of Saudi Arabia. The creation of Saudi Arabia as well as the growth along with its tight relationship with the United States starts with the oil industry. Political interests, favoritism, illegal financing, and warlike conflicts have been the product of the importance we place oil in the global economy.

An 80% of Saudi Arabia’s income is  supplied by the oil industry which constitutes a 90% of the country´s exports. This makes Saudi Arabia the second most powerful country, in terms of its oil industry, right after Russia.

The strategy of the Saudi Arabian oil industry consists in maintaining the quota of the market and force the adjustment of production on those who produce it with higher costs of extraction methods. This method seems to be working, the low cost of oil starts to pass the bills to the producers and not OPEP, especially in the costs of resources in deep ocean extraction.

In 2015 OPEP increased its production by 1.6 MBD because Saudi Arabia and Iraq have been producing at a record pace, and all signs point to keeping up this rate in 2016. Saudi Arabia and its allies in the Persian Gulf have costs of extraction much lower than the current prices and although the Price of oil has steadily dropped faster than anticipated, its fiscal space has obligated them to start reforms and adjustments that are were considered unimaginable not long ago, however, they still count on abundancias of reserves of currency and assets to sustain its budget for various years.

With the passing of time, countries rich in oil as Saudi Arabia  seek to expand its influence around the geopolitical world, the profitability obtained from the “black gold” translates to: being the third country in the world in defense spending, becoming the first customer of the arms industry world or providing help Syrian rebels.  Without a doubt, oil is everything for a country that is now in the crosshairs of the first superpowers like USA or Russia. The Saudi Arabian oil company Aramco stands not only as the richest in the country but is also positioned global leader. Ultimately, Saudi Arabia owes everything to the oil. You could say that any approach to the Arab country has the promoter to crude oil.

In addition, Iran return to the market, once the International Atomic Energy Agency has confirmed that the country has limited its nuclear program to civilian uses. The sanctions will begin to be lifted in the coming weeks, earlier than expected, and effect oil exports both to operations such as freight, insurance and reinsurance, payments and financing and, longer term, investments in the Iranian energy sector with funds until now frozen in the West for sanctions or for an eventual return of foreign investors. Iran, which possesses the fourth world oil reserves and produces nearly three MBD, includes ambitious energy projects to increase production another two MBD, which would exacerbate the oversupply already suffered from the market.