APEC: the union for a free trade community 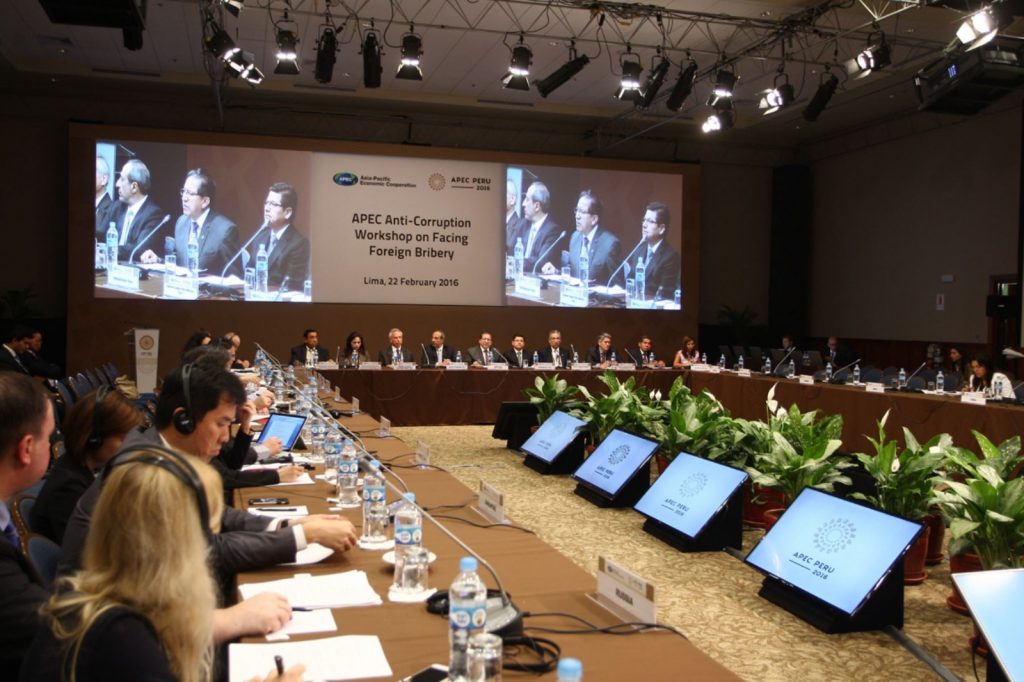 APEC is the primer Asia-Pacific Economic cooperation forum and is the only international intergovernmental organization in the world that try to reduce commercial barriers and investment that not need its members enter legally binding obligations, the organization is established in 1989, by the Prime Minister of Australia Bob Hawke.

The principal job is to boost the economic growth in Asia-Pacific, support the members and help them be more competitive in the international market, these consist on create an Asia-Pacific economic community with championing free, open trade that benefit the members, promote the cooperation, and share technics of development and human security.

APEC is not a donor organization, the financial is coming by the contribution of the organization members, these contributions are used to subside the headquarters in Singapore and various projects which support APEC’s economic and trade objectives.

The objective of this unit is to provide robust research and analysis to support APEC members finding a better development solution, internal capacities are enhanced, and implementation of policy measures can be evaluated. Find new allies in the international or regional places to gain a new market.

If the PSU want to initiate a new project, after analyzed all the factors, it should be approved by the hold PSU board. Then they have to establish the APEC priority  and the resources that implicate.

The problem that APEC faced is that it does not have hard policies where the acts of each country are controlled, sanctioned those that do not comply with the established norms.

At the same time, the members have the liberty lo leave the organization when they want, and don’t have to reach an agreement with another member.

The members of the organization must be recognized by international states, and have some relevant reason, for example Russia, China and United Nation, because they are like the most powerful countries in the world. Others states like Singapore, have very important commercial trades because their famous ports.

What are they working with today? APEC has grown to become a dynamic engine of economic growth and one of the most important regional forums in the Asia-Pacific. Its 21 member economies are home to around 2.8 billion people and represent approximately 59 per cent of world GDP and 49 per cent of world trade in 2015.

As a result of APEC’s work, growth has soared in the region, with real GDP increasing from USD 19 trillion in 1989 to USD 42 trillion in 2015. Meanwhile, residents of the Asia-Pacific saw their per capita income rise by 74 per cent, lifting millions out of poverty and creating a growing middle class in just over two decades.

APEC’s total trade has icreased more than 6,7 times to 20 trillon dollars betweeen 1989 and 2015. The trade by the rest of the world grew  less by 5.6 times between 1989 and 2015 Bringing the region closer together, reducing trade barriers, and smoothing out differences in regulations have boosted trade which, in turn, has led to this dramatic increase in prosperity. Average tariffs fell from 17 per cent in 1989 to 5.2 per cent in 2012. During that same time period, the APEC region’s total trade increased over seven times—outpacing the rest of the world with two-thirds of this trade occurring between member economies.

Promoting   Regional Economic Integration and Trade Since 1989, APEC’s role in facilitating regional integration has proven essential to promoting trade and economic growth in the Asia-Pacific. For example, reducing trade barriers between members, harmonizing standards and regulations, and streamlining customs procedures have enabled goods to move more easily across borders.

Making it Easier to Trade Across Borders lowering  trade transaction costs by 5% and saving 56.7 billion. APEC has  launched its Ease of Doing Business Action Plan in 2009, with the goal of making it cheaper, easier and faster to do business in the region. Between 2009 and 2013, member economies improved the ease of doing business in the Asia-Pacific by 11.3 per cent across all areas of the initiative, including starting a business, getting credit or applying for permits.Faster Customs Procedures At the border, APEC economies have centralized export-import processes online, accelerating the time it takes for goods to travel across borders. Known widely as Single Window, this virtual system links all government agencies involved in the export-import process, allowing companies to submit documents electronically one time from anywhere.

APEC is working to connect the region through improving physical infrastructure linkages, people mobility and institutional ties across the Asia-Pacific. APEC’s Connectivity Blueprint maps out initiatives from improving information technology and transportation infrastructure to making it easier for students, business people, and tourists to travel around the region.

A Sustainable Future for the Asia-Pacific is a  landmark agreement, APEC is encouraging the development of clean technologies and greener growth across the region by lower tariffs on environmental goods. In 2012 in Vladivostok, Russia, APEC Leaders agreed to reduce applied tariffs on 54 environmental goods to five per cent or less by the end of 2015. The APEC list of 54 products- from solar panels to wind turbines-accounts for around USD 600 billion in world trade. APEC member economies are currently moving forward with implementing the list.

Increasing Energy Efficiency and Renewables: In 2011, member economies committed to reduce energy intensity in the region by 45 per cent by 2030. In 2014, members agreed to work toward doubling the share of renewables by 2030 in APEC’s energy mix, including in power generation. Members are also committed to rationalizing and phasing out inefficient fossil fuel subsidies that encourage wasteful consumption. The APEC Energy Working Group’s many projects help members reach these goals.

APECS’s transnational treaties are all with  Australia, Brunei Darussdsalam, Canada, Chile, China, Honkong, Indonesia, Japan,Korea, Malaysia, Mexico, New Zealand, Papua New Guinea,Peru, Philipines, Russia, Singapore, Taipei, Thailand, United States and Viet Nam. All of he treaties share the values of  1- Enhancing access of information  Regional Trade Agreements  and Free Trade Agreements  2- Sharing and assessing information on WTO  3- Holding annual dialogues and reports  Reinforcing and intensifying use of WTO RTA transparency mechanism. We are going to use Australia as an example of diffrent  goals  and contries that have treaties with China, Japan, Korea and the trans-Pacific partnership countries and all are to better Australian access to important markets an improved competitive position for Australian exports more prospects for increased two-way investment, and reduced import costs for Australian businesses and consumers alike.
Al of information according to APEC’s official webb page

To summ up and looking in to the future of APEC based on the principles, values and all they have achieved, there can be a bright a future on keeping balance, peace and non-tariff measures, good services, a future in investment within al of the member countries, a great competition policy, a balanced dispute mediation, tranparency for a better and bright union and partnership.